The 14th Yebisu International Festival for Art and Alternative Visions (2022)


A short animation film “KRASUE (2021)” will be screened and exhibited at “14th Yebisu International Festival for Art & Alternative Visions” under the theme of “AFTER THE SPECTACLES”. 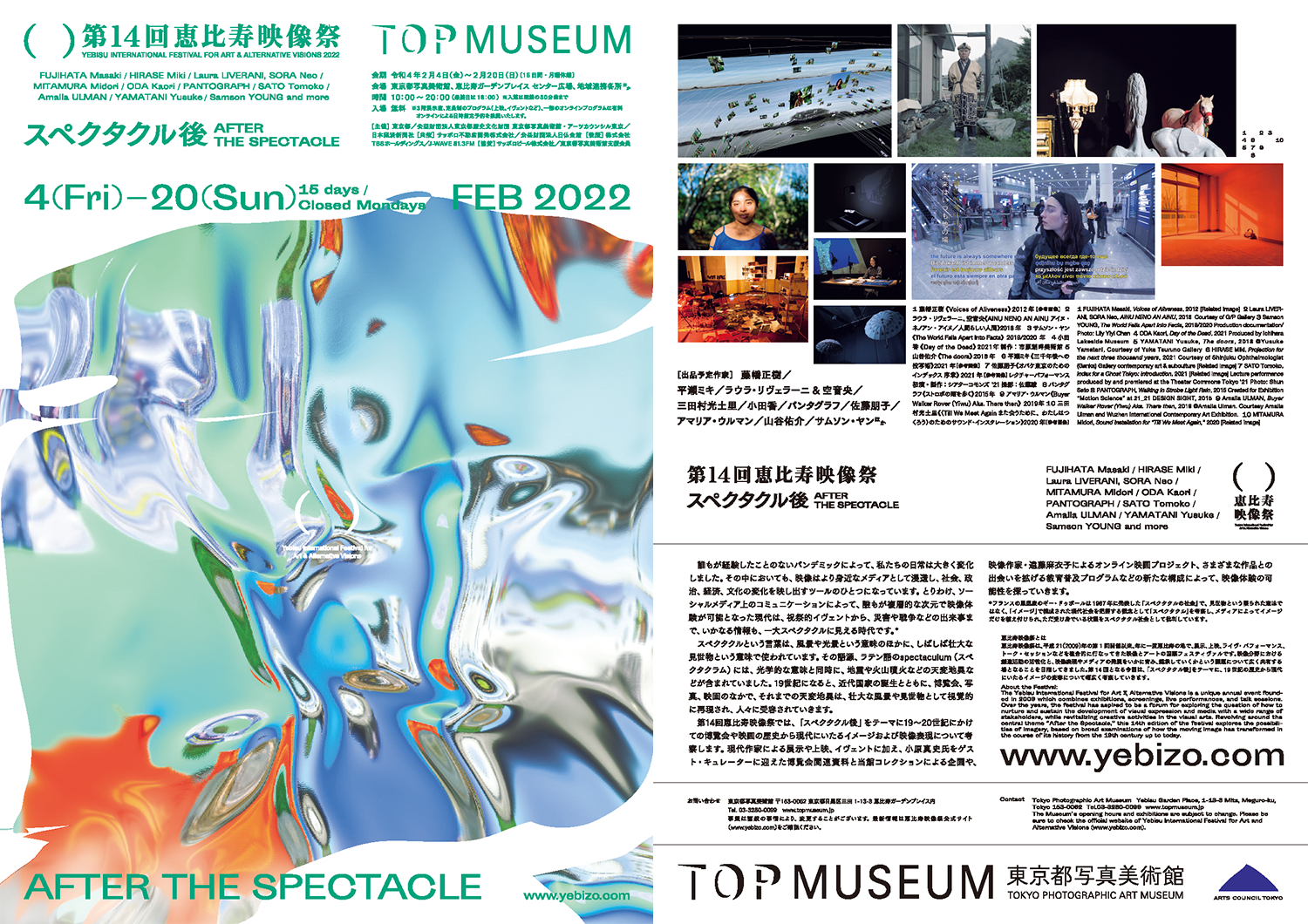 The pandemic, an event that none of us had ever experienced before, has caused significant changes in everyday life. The visual media that are increasingly penetrating our daily routine, have become familiar tools for reflecting the various transformations in the realms of society, politics, economics and culture.
In this day and age, easy access to visual media on multiple levels and dimensions, through communication on social media platforms in particular, has made information on any kind of event – be it a festive occasion, a war or a natural disaster – come across as a spectacle of sorts.*

The term “spectacle” is commonly used for describing a magnificent landscape or scenery, and often also some kind of show event. Being partly an optical technical term, the original Latin word “spectaculum” referred at once to such extraordinary natural occurrences as earthquakes or volcanic eruptions. With the emergence of modern states in the 19th century, our perception of natural disasters was transformed by expositions, photographs and movies, through visual recreations of such events as great spectacles and magnificent sights.
Themed “After the Spectacle,” the 14th edition of the Yebisu International Festival for Art & Alternative Visions examines the history of the (moving) image and expositions from the 19th and 20th century up to the present. In addition to displays and screenings of pieces by contemporary artists, and related events, the program was expanded with the aim to further explore the possibilities of visual media. Among others, this time it encompasses a project in which guest curator Kohara Masashi links documents related to the history of expositions to the museum’s own collection; an online movie project by the up-and-coming filmmaker Endo Maiko; and educational programs aimed to connect visitors to a rather broad range of works.

In addition to the short animated film “KRASUE”, a giant “KRASUE” air doll and other materials used in the production of the animation will be on display.
There are also headphones available for viewing. Please take this opportunity to see it!