A screening and special exhibition was held at BaBaBa in Takadanobaba to celebrate the completion of the animated short film “KRASUE”. 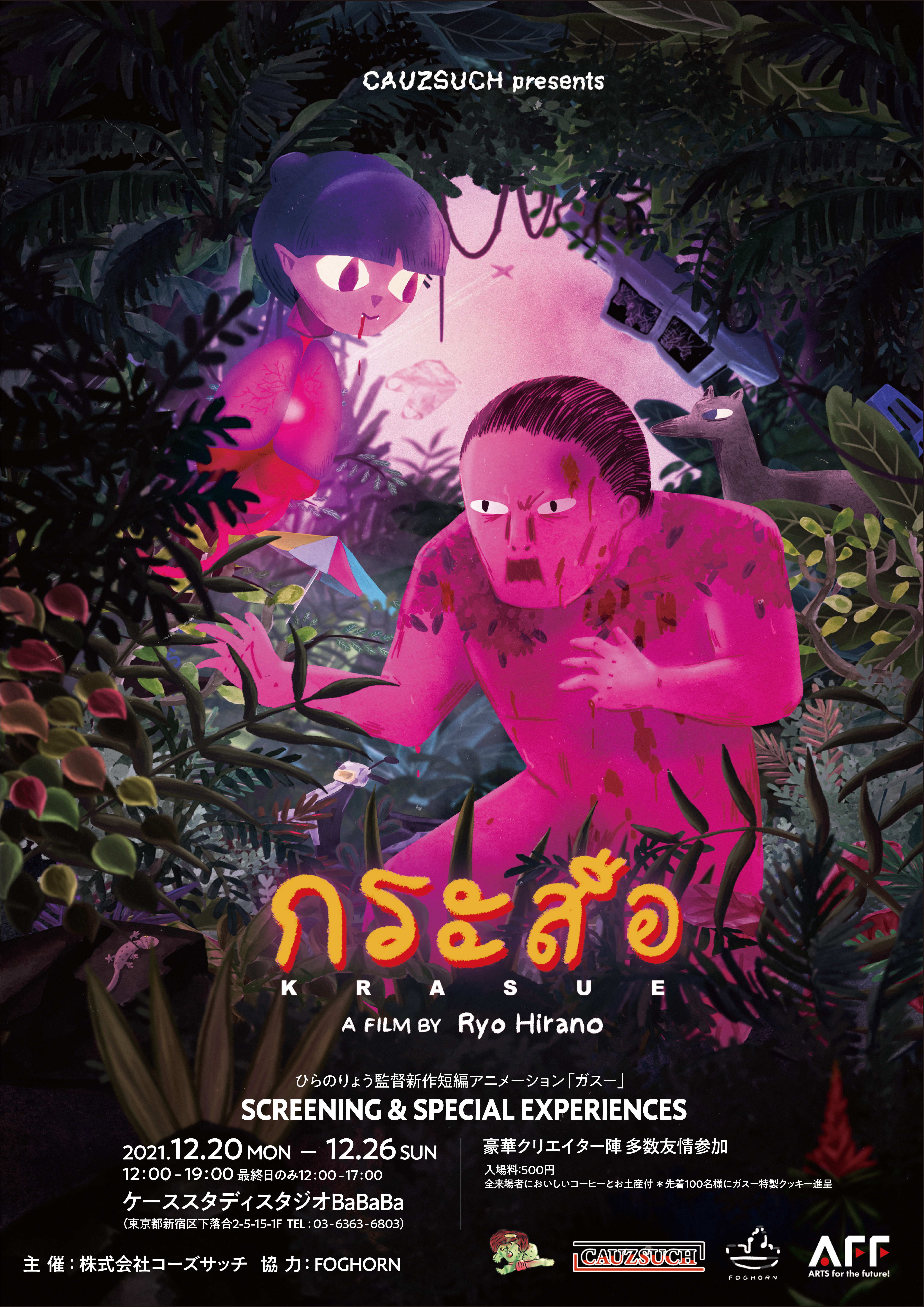 The special exhibition included a screening of the animated short film “KRASUE,” as well as an exhibition of the making of the film, many sketches, and the wonderful comments that were contributed for this work.

And we were joined by some of the best artists that Hirano admires and respects. Krasue in various forms such as paintings, animations, sculptures, kimono, etc.

The exhibition space was like a frightening tropical night in the middle of winter in Tokyo.

A giant GASU doll by Babot x TASKO will welcome you at the entrance. 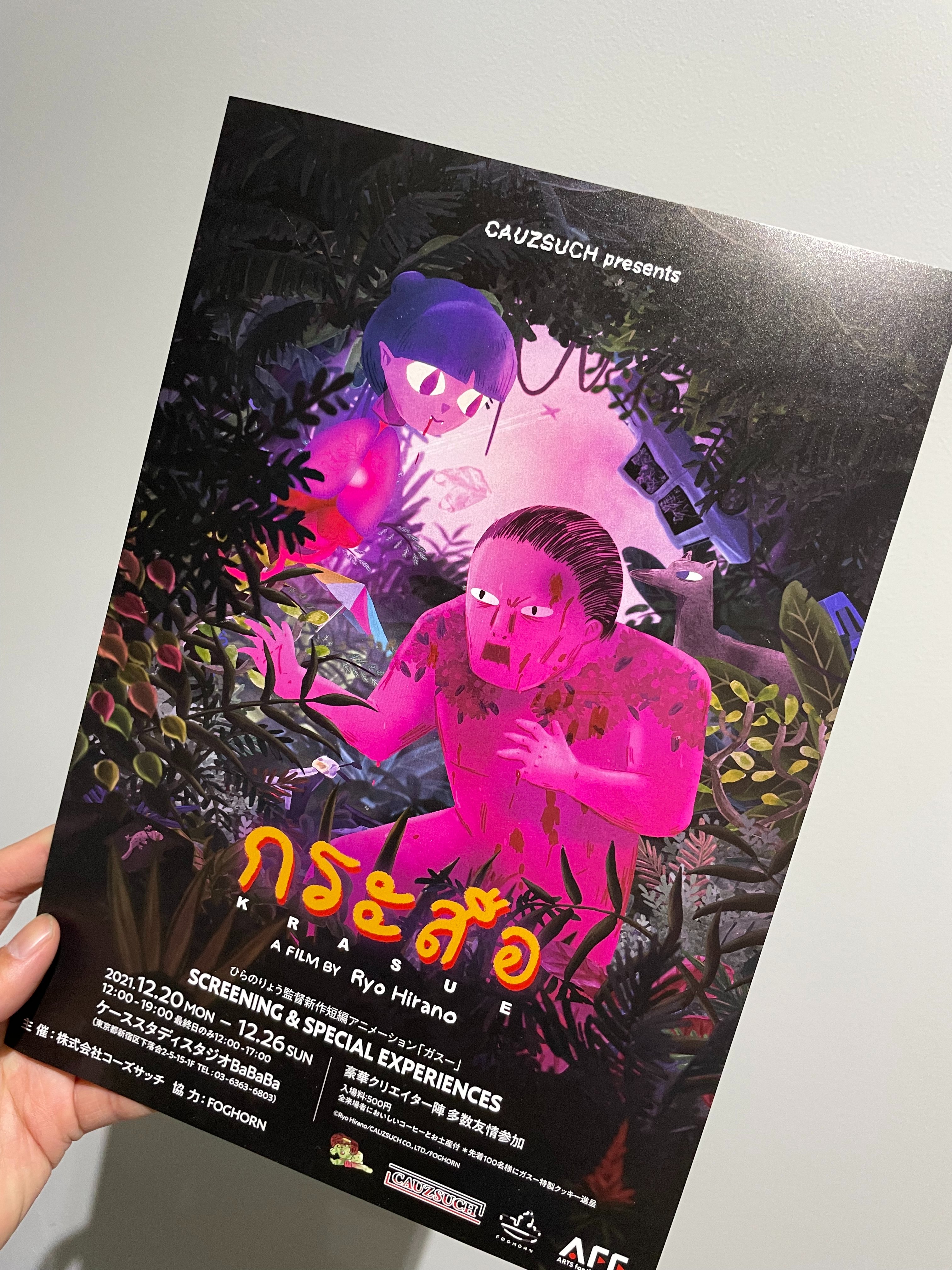 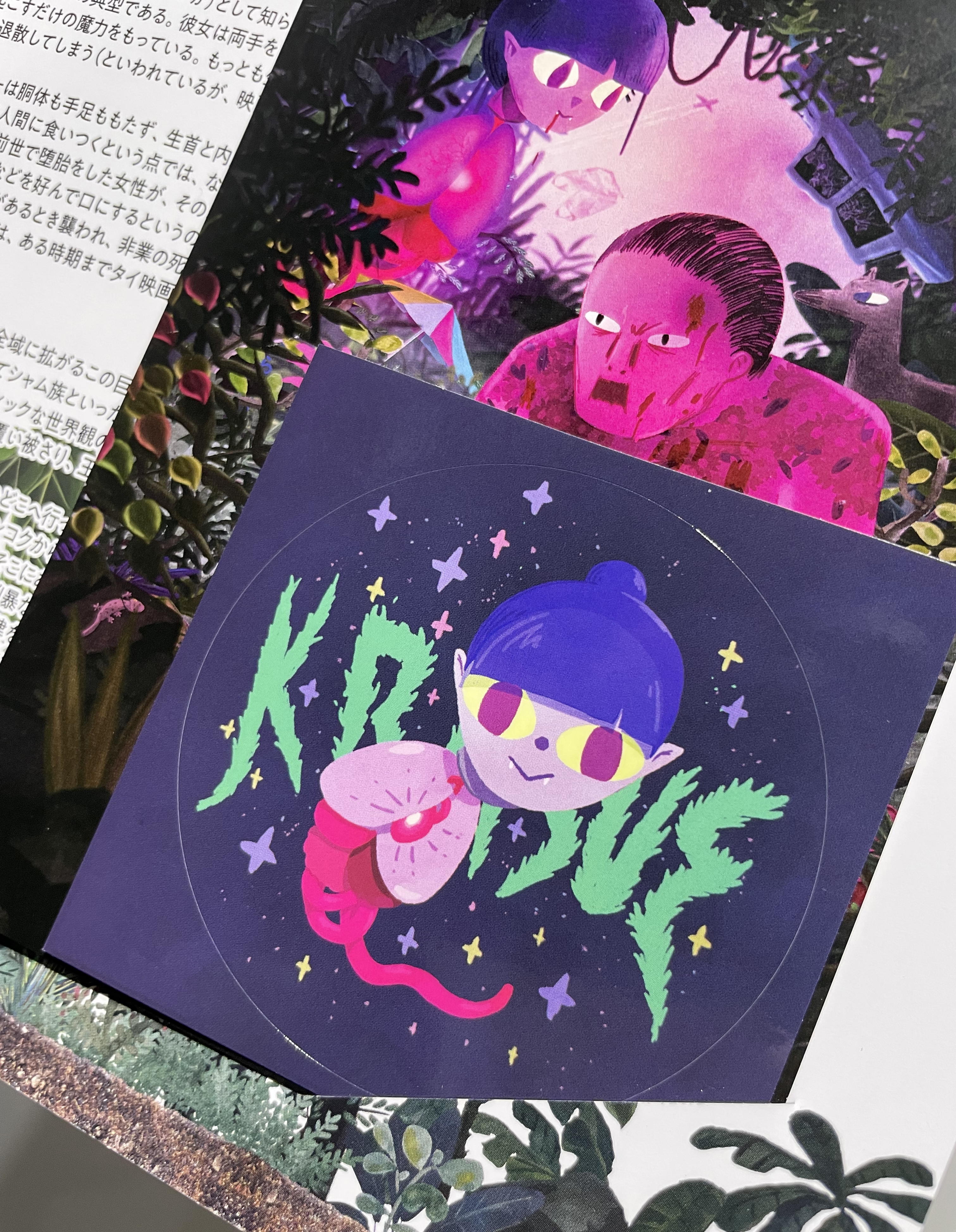 a postcard, stickers, and a video URL to watch the film as many times as you like during the exhibition. 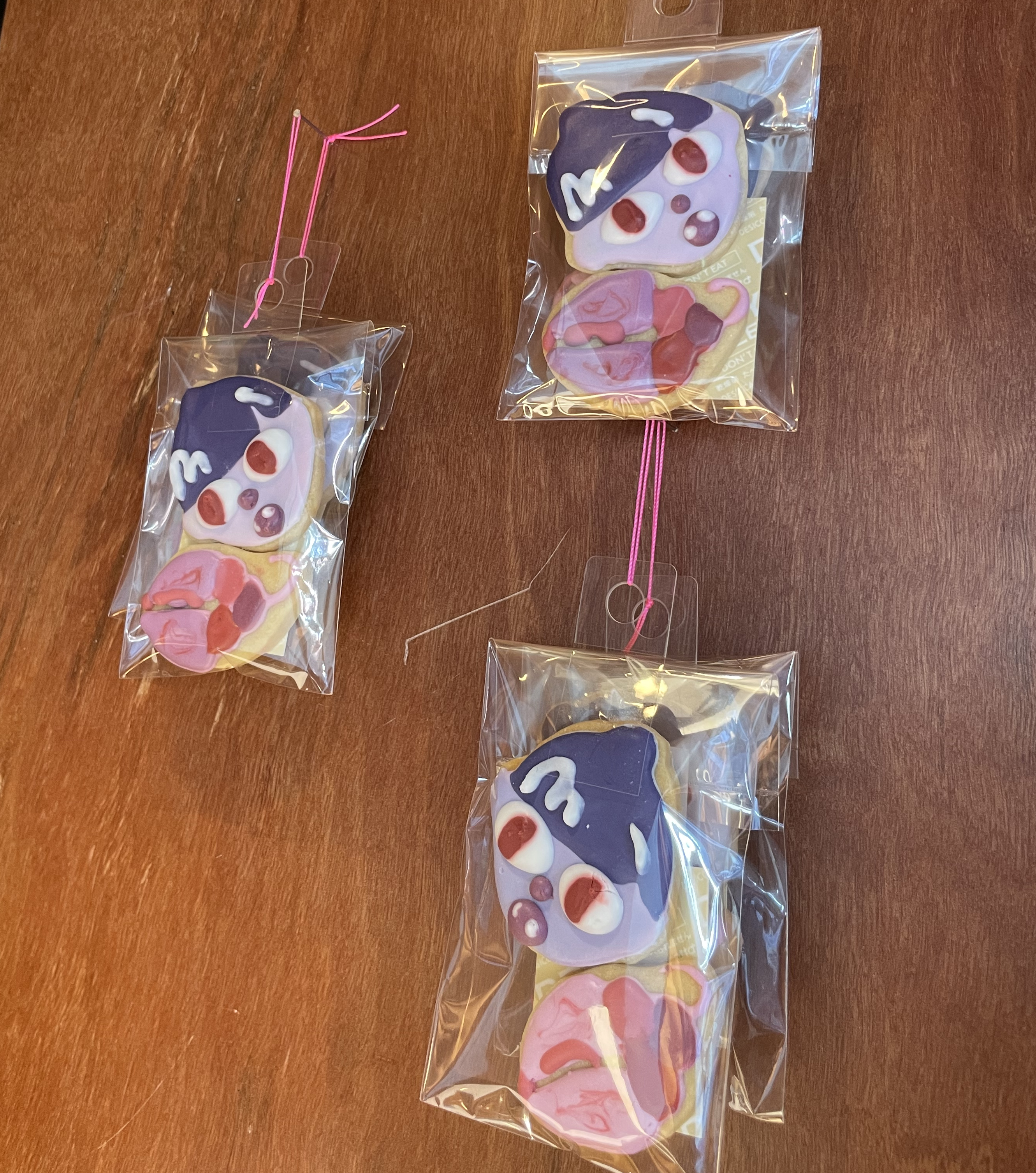 Supported by ARTS for the future